President Xi Jinping called for integrated and coordinated development of Beijing and its two neighboring areas of Tianjin and North China's Hebei province at a symposium on Feb 26, 2014.

After four years, significant changes have taken place in the area, let's take a look. 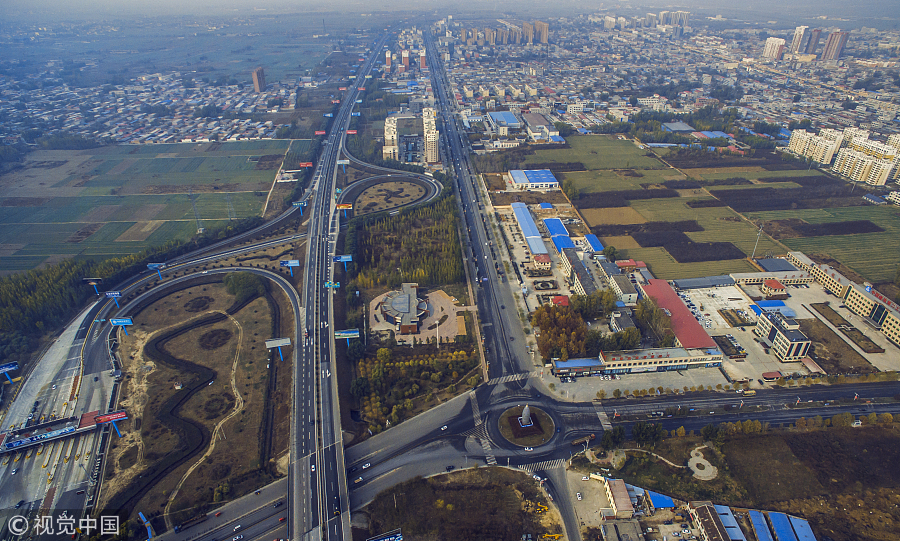 On April 1, 2017, China announced that Xiongan New Area would be established in North China's Hebei province to advance the coordinated development of the Beijing-Tianjin-Hebei city cluster.

Located at about 100 kilometers southwest of downtown Beijing, Xiongan will span three counties at the center of the triangle formed by Beijing, Tianjin and Shijiazhuang, the capital of Hebei.

Xiongan will be built as an eco-friendly smart city. Four key business segments – environmental protection, traffic sensors, large data analysis and artificial intelligence – are to be its driving forces.

The first group of 48 companies has been approved to set up in the new economic area. All of them are high-end and high-tech enterprises, including internet giants Baidu, Alibaba and Tencent. 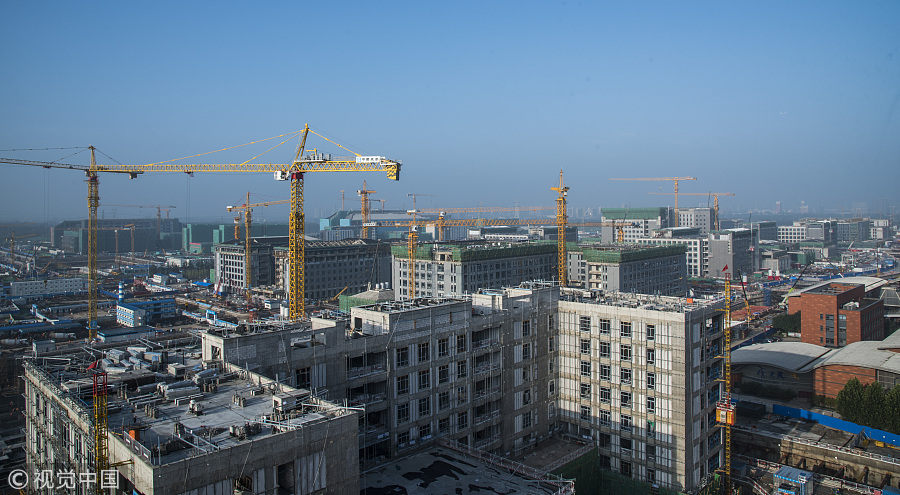 A building complex for Beijing's municipal administrative organizations and institutions is under construction in Beijing's Tongzhou district, Aug 17, 2017. [Photo/VCG]

The construction of Beijing's subsidiary administrative center, in the eastern suburb district Tongzhou, was approved by the Political Bureau of the Central Committee of the Communist Party of China on May 27, 2016.

The construction of the subsidiary center is aimed at easing some of the capital's "big city diseases", and propelling the collaborative development of Beijing, Tianjin and Hebei.

Starting from the end of 2017, the capital's municipal administrative organizations and institutions began moving to Tongzhou. 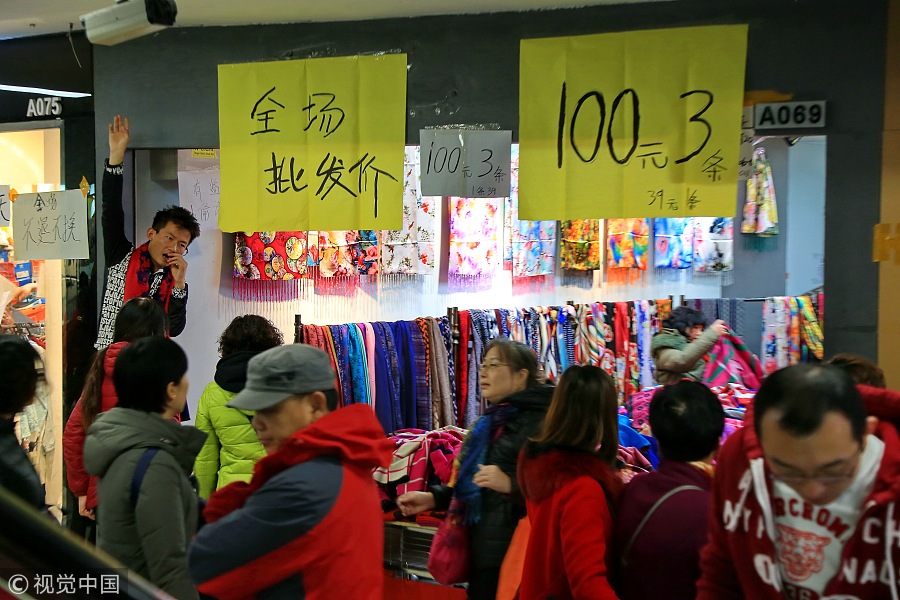 According to Beijing's development plan, during the period from 2016 to 2035, the city's key functions politics, culture, international communication and technical innovation will be prioritized, while other sectors will be moved out of the capital.

Over the past four years, Beijing has shut down 1,992 manufacturing businesses that heavily pollute or do not fit the capital's functions.

The city's famous wholesale markets in the Dahongmen and Beijing Zoo areas, as well as 61 industrial compounds in the suburban Daxing district, also have been closed to reduce traffic congestion and population.

Beijing's service sector now accounts for more than 81 percent of local GDP. In 2017, finance, scientific and technological services, and IT industries contributed more than 53 percent of the city's economic growth.

In addition, the number of Beijing's permanent residents dropped by 0.1 percent to 21.7 million by the end of 2017, the first reduction since 2000. 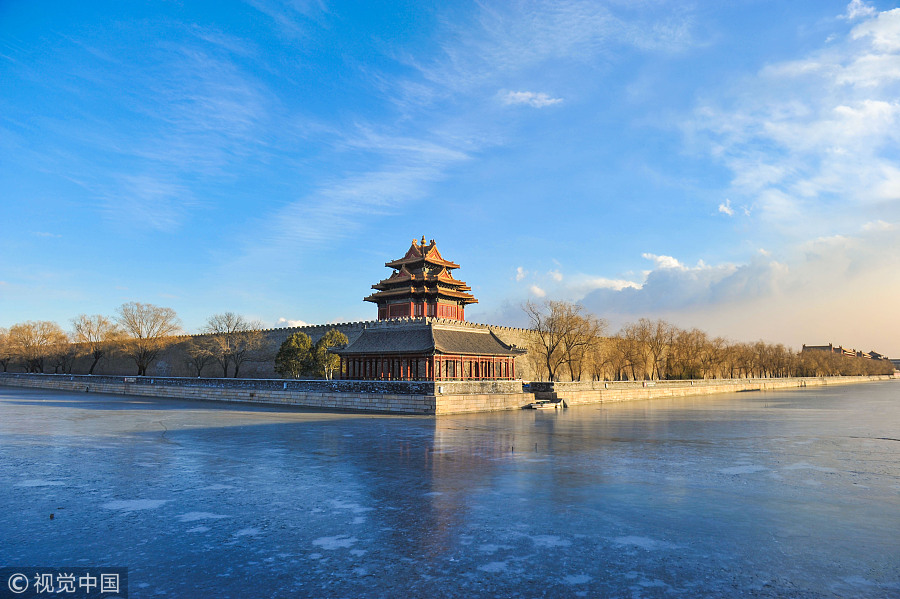 A watchtower at the Palace Museum stands under a blue sky in Beijing on Jan 22, 2018. [Photo/VCG]

From 2013 to 2017, Beijing and Hebei pushed for the replacement of coal-fired heating with electricity and gas to clean the air. More than 2.54 million households in Hebei started using clean energy-powered heating in 2017 alone. As for Beijing, the proportion of clean energy had risen to 90 percent by the end of the 2017.

Beijing also has helped roll out 200,000 new and clean energy vehicles in public transportation, so that the green commuting in central districts reached 72.1 percent in 2017. 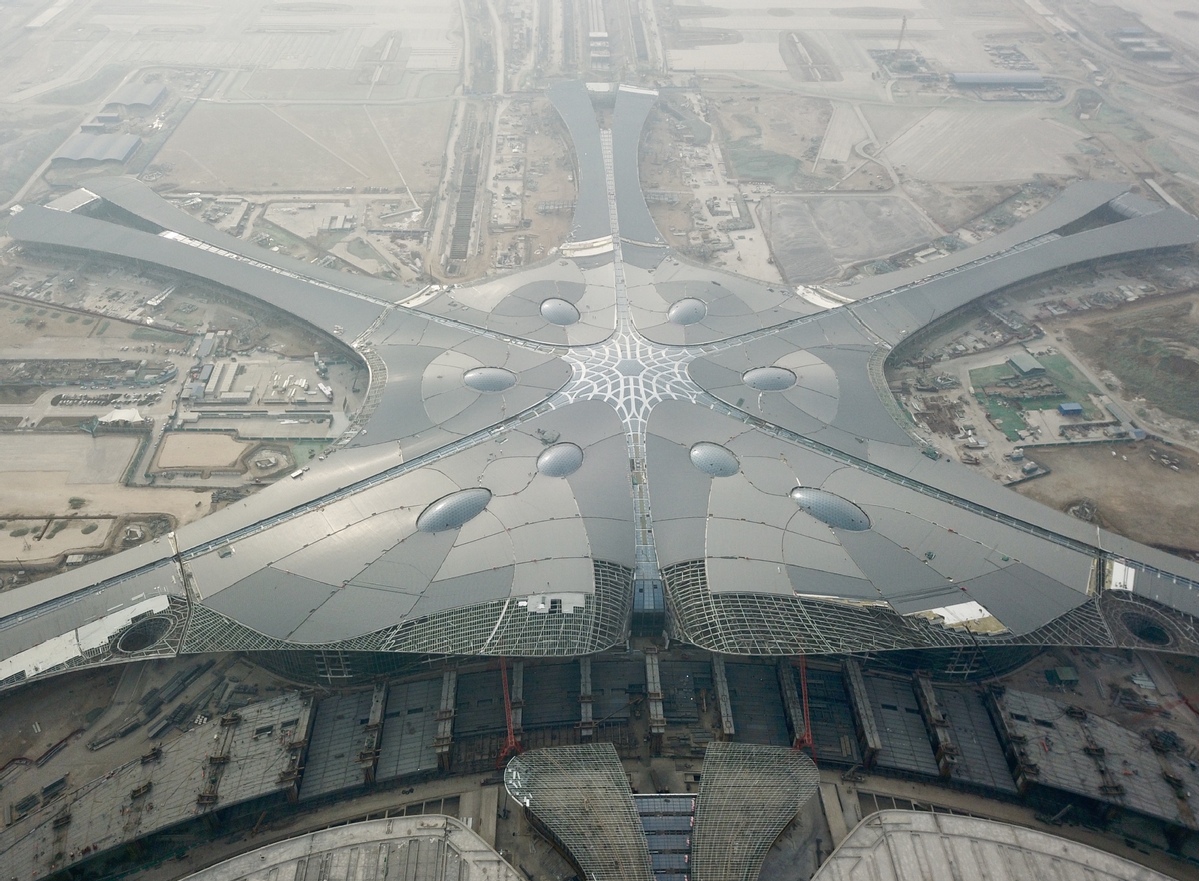 Beijing's new international airport in the southern suburb of Daxing was roofed earlier this year. The airport will take pressure off Beijing Capital International Airport and better coordinate transport in the Beijing-Tianjin-Hebei region.

In addition, a highway connecting Beijing and Qinhuangdao in Hebei, as well as a 940-km belt road surrounding Beijing are expected to be completed this year. Once in operation, the two highways will facilitate the integration of Beijing, Tianjin and Hebei, and help form the "one-hour traffic circle" in the region.

And as an important infrastructure project of the Beijing 2022 Winter Olympic Games, a high-speed railway linking Beijing and Zhangjiakou, the two co-host cities, is expected to open in 2019.

As for public transport, a new travel card that enables passengers to use all bus and subway systems throughout Beijing, Tianjin and Hebei was made available by the end of 2017. More than one million cards have been sold so far. 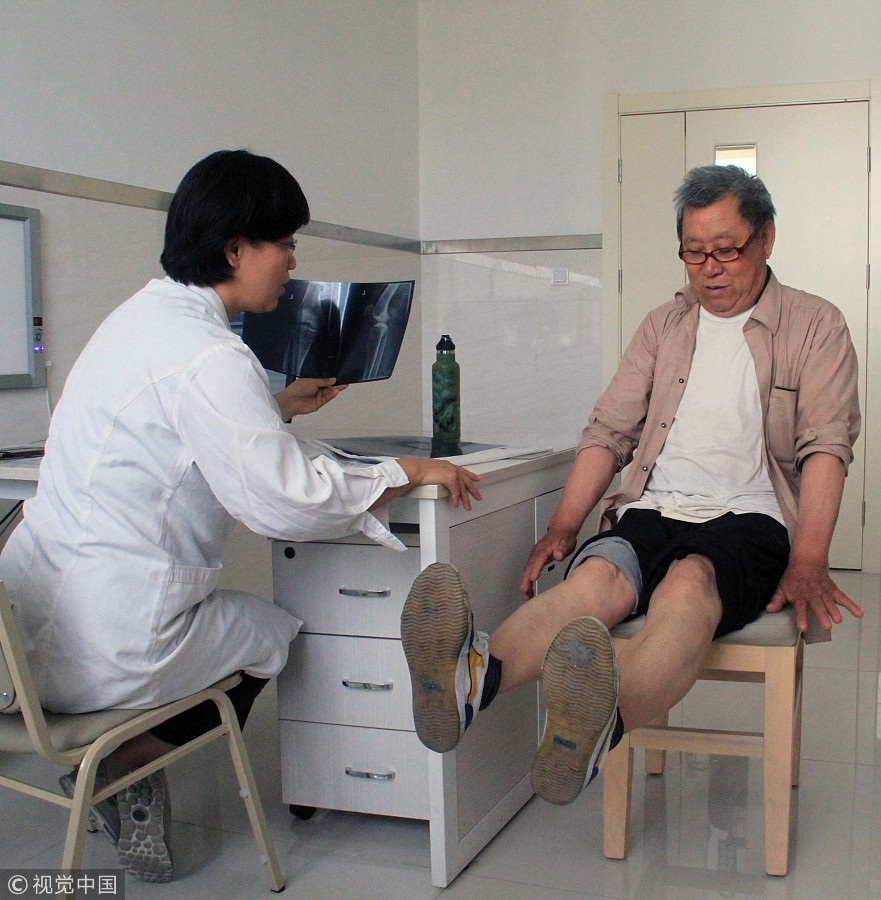 A doctor from a hospital in Beijing offers free medical service to a resident in Fengning county, North China's Hebei province, June 15, 2017. [Photo/VCG]

By the end of 2017, residents of Beijing, Tianjin and Hebei were able to pay their medical bills by using their social security cards in more than 1,000 medical institutions in the area. It facilitates residents seeking medical services across the region.

In addition, seniors from Beijing are able to receive a public transport subsidy from the city as part of the city's efforts to encourage local elderly to receive old-age care services in neighboring Tianjin and Hebei.