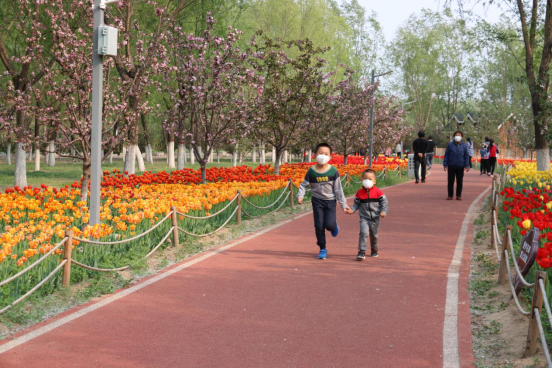 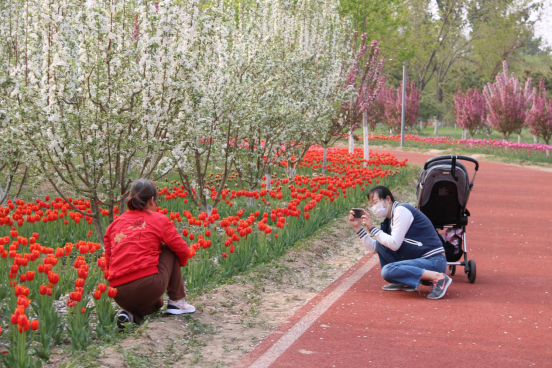 A tulip garden near the Yongding River in Beijing’s Daxing district, Green Harbor park, opened on April 18. Visitors must wear masks and meet the entry requirements, and they are allowed to enter the garden after temperature measurement, registration and ticket check.

As spring arrives, a sea of flowers is the most anticipated scene in Daxing district in May. 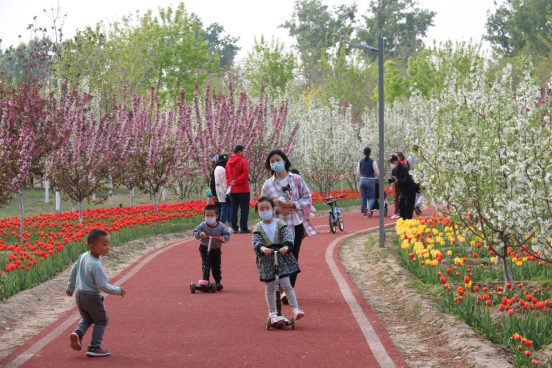 Located in the Beizang village, Daxing district, the Green Harbor park is home to a sea of colorful tulips in full bloom that draw locals and tourists. More than 20 mu (1.33 hectares) of 56 kinds of tulips, or over one million strains, representing China’s 56 ethnic nationalities, are distributed in the garden.

Following an afforestation project in 2012, Beizang village in Daxing district built the 4,000 mu area of Green Harbor Park in the embankment area of the Yongding River, which was upgraded in 2018.

In the park, Beizang village has implemented underwood planting. The planted Chinese herbal medicine has both beautified environment and created commercial value. In 2020, the park has planted a number of Chinese herbals under the forest.

In order to increase farmers' income and promote the construction of the Yongding River cultural belt, six villages along the river in Beizang town launched homestay projects. They made use of unoccupied houses in each village and cooperated with enterprises and developed homestays in different styles to provide visitors with different choices.