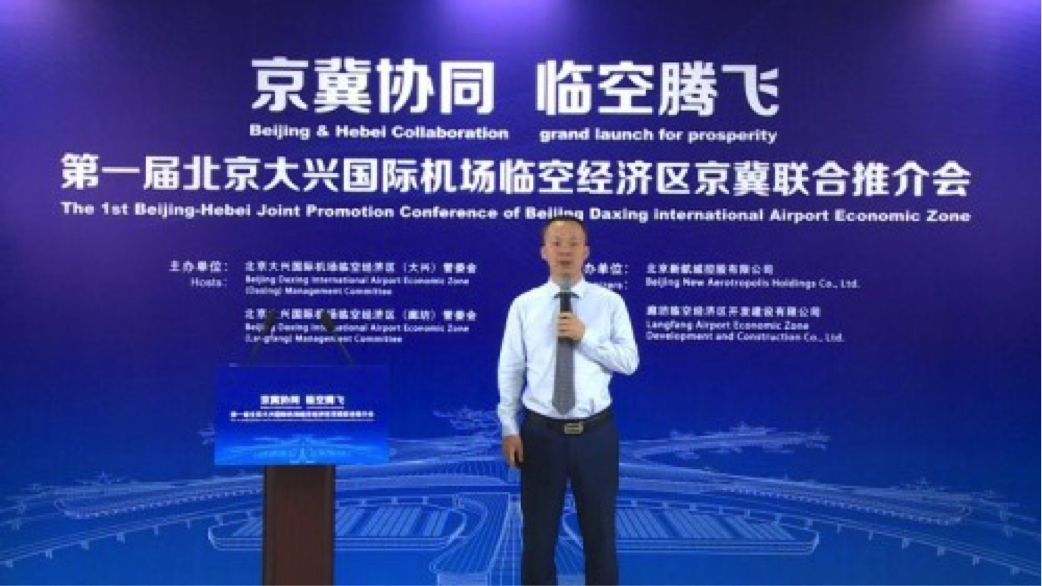 The 1st Beijing-Hebei Joint Promotion Conference of the Daxing International Airport Economic Zone, supported by multiple preferential policies, was attended by Daxing and Langfang administrative committees in the zone and their cooperating enterprises.

At the event, an online signing ceremony was held between the airport economic zone and the companies to introduce six major projects for high-quality growth.

The Daxing Administrative Committee reached strategic agreements with JD.com, SF Express and Zhongguancun Medicine Valley to popularize e-commerce settlement and smart aviation logistics in the area and to boost biomedicine incubation based on the favorable policies of the local free trade zone.

The airport economic zone, covering both parts of Beijing and Hebei province, will become a new calling card of an impressive open aerotropolis with strong air-rail transportation, a Chinese style culture background, economic innovation and eco-wisdom.

“It has taken the lead in key areas such as transportation integration, environmental protection and industrial upgrading and transfer,” said Cai Lingyu, an official from the management committee in the zone.

Meanwhile, Langfang has been waging a tough battle on all fronts to construct a world-class air base since this year, with an eye on building a Beijing-Tianjin-Hebei integrative development demonstration zone that enables international exchanges and leads to international aviation technology innovation.

It has achieved remarkable results in carrying out global-oriented investment promotion activities.

In the future, an international, high-end, and service-oriented airport economic zone jointly created by Beijing and Hebei is expected to gain more global presence.