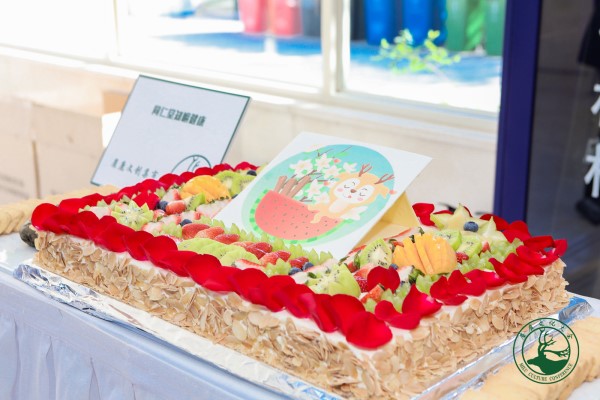 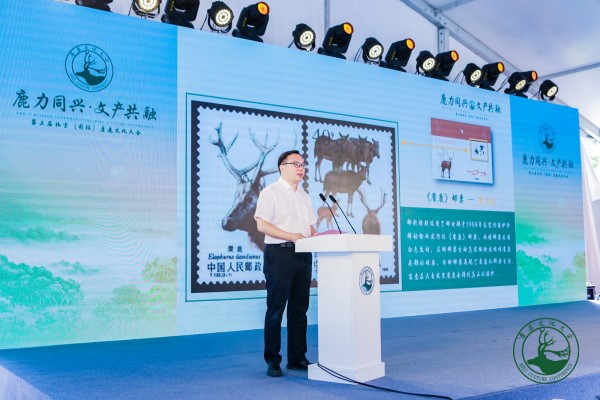 A series of commemorative stamps are released at the Milu Culture Conference held in Beijing’s Daxing district on Sept 20. [Photo provided by Daxing district] 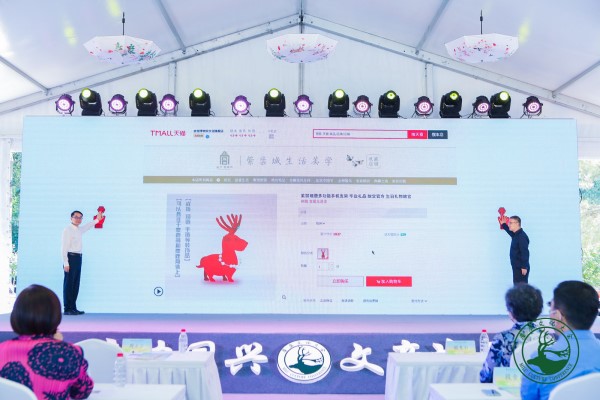 A cultural and creative work inspired by Milu’s image is rolled out online at the cultural conference held in Beijing’s Daxing district on Sept 20. [Photo provided by Daxing district]

The Milu Culture Conference were held in Beijing’s Daxing district on Sept 20, which coincided with the 35th anniversary of Milu deer’s return to China.

The “Beijing Miluyuan” mini program on WeChat was also launched at the event. Relying on smart digital technology, the program can provide a variety of online services including museum exhibitions, ecological tour, culture popularization and event registration.

Meanwhile, an exhibition of 100 achievements of the past 35 years was held, showing the public the species protection, habitat conservation, scientific research and cultural construction through vivid and detailed graphic introductions.

The district government and Forbidden City Publishing House rolled out a cultural and creative work, which is a mobile phone holder inspired by the Milu image from a fantastic beast book collection in the Palace Museum that will be on sale in mid-November. Consumers can buy it in the online store of the Museum of Cultural and Creative Industries.

The 35th anniversary series stamps were released at the conference site for the first time, serving as an innovative dissemination carrier of the elk culture.

In addition, a book called Hundred Achievements of the 35th Anniversary of China's Milu Protection was released to further consolidate the achievements of Milu protection and research.

The book sorts out detailed contents of the species’ population health monitoring, genetic diversity assessment, habitat construction and key technologies for protection. It retains precious historical data for survival and reproduction of this population, and provides an excellent worldwide model of ecological construction.

In 1985, 22 deer were sent from Britain as an international goodwill gesture to Nanhaizi Milu Park in Beijing’s Daxing district, which was the place where the deer of that name were discovered and scientifically identified, and where they last lived in China 100 years ago.

Over the past 35 years, Daxing has insisted on improving the scale and quality of the ecological environment, and contributing to the reproduction and restoration of the population. Through the cooperation of all parties, the number of Milu in China has increased to more than 8,000.