Beijing's Daxing district stressed seeking commercial aerospace development in the capital, according to a local conference held on April 18. 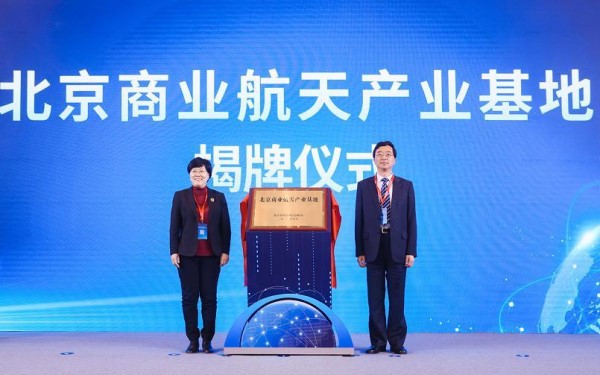 At the meeting, a 40-hectare aerospace industry base was inaugurated, to be located in Anding town in Daxing, 12 km from the Beijing Daxing International Airport.

It was meant to attract enterprises' headquarters by virtue of its advantages in communications and policies.

With favorable policies from the State, the city, the district and Zhongguancun Science Park in place, the base will reduce drags in construction of high-tech, finance, listing and internet services.

Also, an industrial development fund will be set up to accelerate enterprise and talent gathering.

Enterprises in satellite applications, information technology, aerospace materials and advanced energy will settle down at the base to form a complete industrial chain of commercial rocket research and development, key components, system integration and satellite internet demonstration.

Meanwhile, an incubation platform will be established to create an intensive, collaborative and innovative industry ecosystem.

During the event, the district signed intent cooperation agreements with 16 companies including iSpace, Galactic Power and Orbita Aerospace.

Six companies were also invited to roll out roadshows to not only demonstrate their latest achievements but also to facilitate exchanges between aerospace companies and investment institutions.