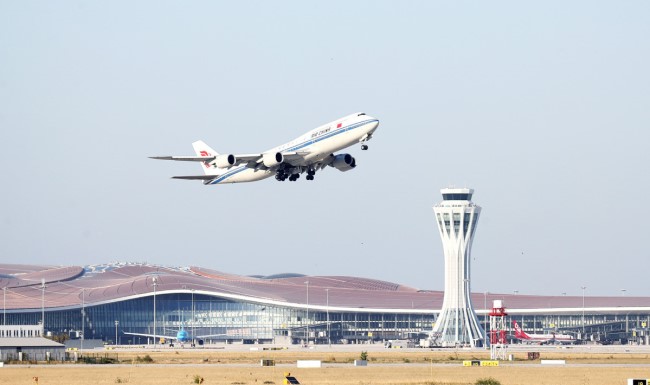 As the Beijing Daxing International Airport celebrates its second anniversary since the start of operations, the airport's annual traffic is expected to reach 20 million trips next week, the airport said.

The airport's second anniversary will fall on Saturday. In two years, about 39 million passenger trips were made at the airport. Some 314,600 flights departed and arrived at the airport. It handled 215,400 metric tons of cargo and mail, the airport said on Friday.

A total of 26 domestic airline companies, including Southern and Eastern Airlines, operate flights at the airport. By August, it had 145 domestic air routes reaching 135 destinations.

As of May 18, the airport handled more than 10 million passenger trips this year. The airport estimated that the annual traffic will reach 20 million trips this month.

The airport, opened on Sept 25, 2019, is one of two in the capital. It aims to relieve traffic pressure from the Beijing Capital International Airport.