Milu deer held up as example of conservation 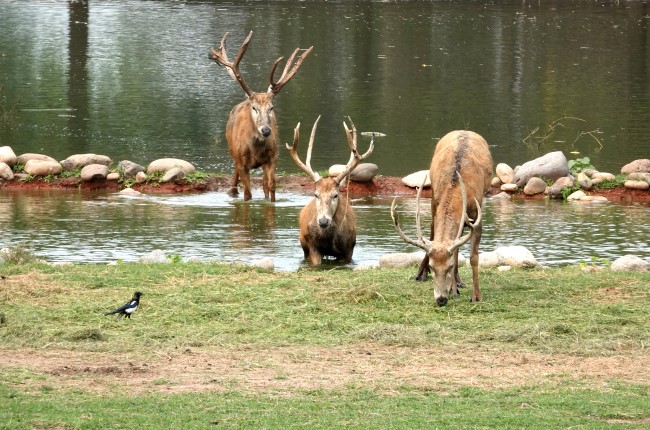 The number of milu deer, or Pere David's deer, in China has reached more than 10,000 and the wild population of the species surpassed 4,000 in the country, according to a recent international conference held in Beijing's Daxing district.

Elizabeth Maruma Mrema, executive secretary of the United Nations Convention on Biological Diversity, gave an address via video on Sept 26 and said the protection work on milu deer in China provides a reference for the protection of other endangered species worldwide.

The milu deer is native to the capital city, said Bai Jiade, director of the Beijing Milu Ecological Research Center. The only known population of milu deer in the 19th century is the herd kept at Nanhaizi garden in Beijing's Daxing, where the conference was held, before the species went extinct in the country around 1900.

The garden also became a habitat for 22 milu deer that were brought back from Europe to their native land in 1985, Bai said.

Since then, the population has continued to increase in the country, with its conservation habitats rising from two to 83.

At the conference, standard rules to raise and manage milu deer were released after four years of formulation by the Beijing Milu Ecological Research Center.

The rules are set to be implemented starting Oct 1 to help improve the breeding and management of the species.