Daxing district of Beijing released two guidelines on the development of hydrogen energy and the commercialization of space industry at a conference on April 9. 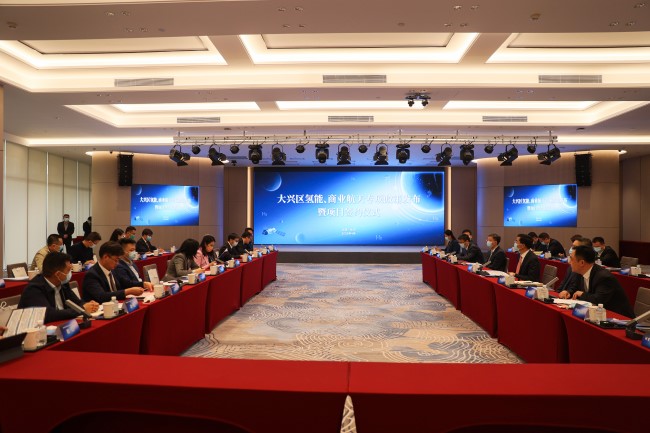 The former focuses on providing assistance to those involved in technological innovation, transferring research results and building supportive platforms.

It pledges to step up efforts to develop the hydrogen industry, coordinated growth of upstream and downstream suppliers of key parts, and design of application scenarios of hydrogen-powered vehicles to build a national demonstration area for fuel cell vehicles in the Beijing-Tianjin-Hebei region.

The guideline on the commercialization of space industry introduces a set of favorable policies to encourage the registration in Daxing, support their innovation-driven development, lower corporate operational costs and reward those involved in the building of public services platforms.

It is also expected to grant services such as healthcare, the access to education, financing and listing, and housing security to both enterprises and talented personnel in connection with space industry. 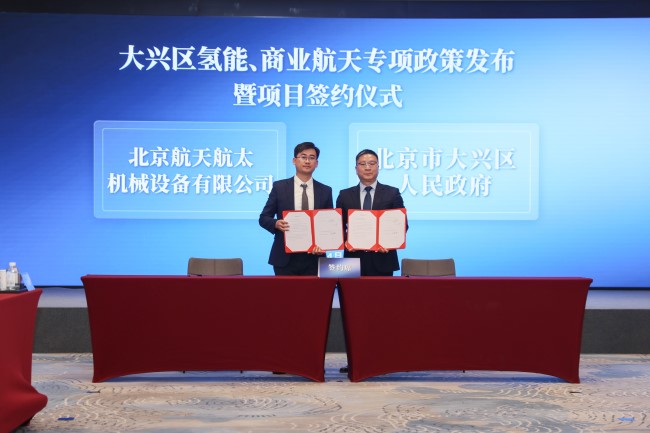 Cai Xiaojun, deputy district governor, said that Daxing will firmly grasp opportunities brought about by building Beijing into a pilot free trade zone and a national integrated demonstration zone for greater openness in the services sector. It attaches great importance to hydrogen energy and space industry, and leverages its regional strengths and policy supports to empower its economy.