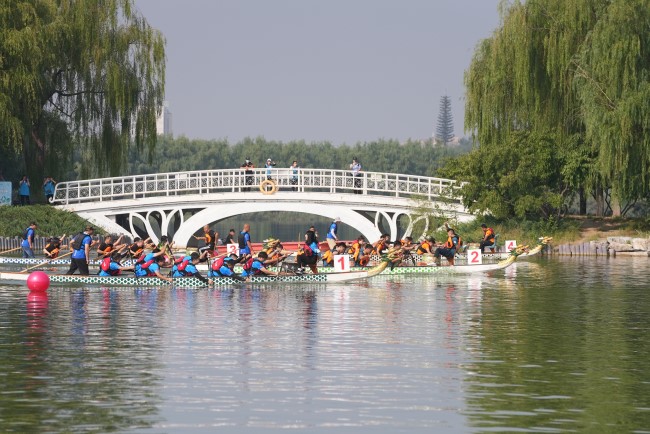 The opening of the fifth Daxing Dragon Boat Racing Competition in Niantan Park on Sept 16. [Photo provided by Daxing district] 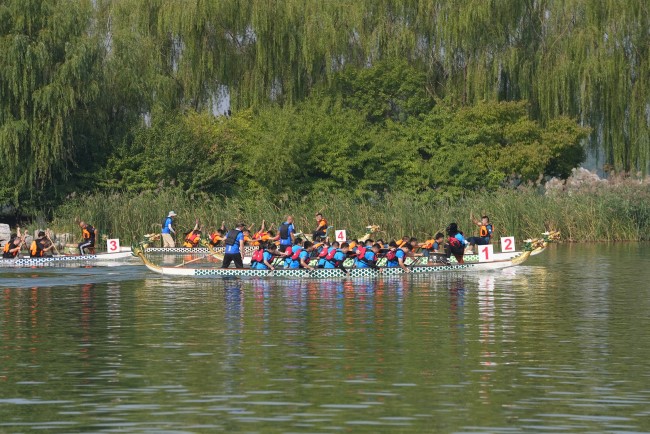 Participants strive to be the first in the fifth Daxing Dragon-Boat Racing Competition in Niantan Park. [Photo provided by Daxing district]

The 250-meter mixed competition kicked off  with the sound of gongs and drums reverberating along the river and cheers from the crowd.

The Daxing Bureau of Sports team won first place in the competition, followed by the delegations representing Huangcun and Weishanzhuang townships.

Daxing Bureau of Sports has made full use of water resources in Niantan Park and Langfa Urban Forestry Park to hold the district-level dragon-boat tracing contest for five straight years.

The competition was selected as one of high-quality sports and tourism projects by the capital city.