Several images of the endangered yellow-breasted buntings were recently captured by ornithologists in Niantan Park and Xinfeng River of Beijing's Daxing district, for the first time. 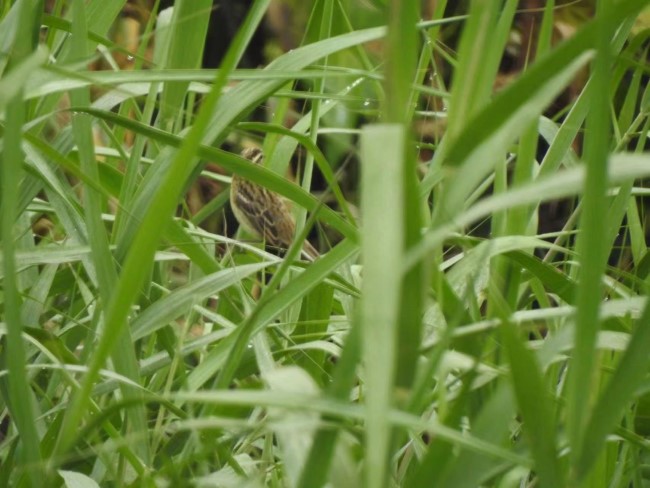 A yellow-breasted bunting hides in the grass. [Photo by Zhao Lihui]

The bird, which is under the first-class national protection, is native to hills, grasslands, bush woods, and peripheral areas of forests in northeast China and Russia's Siberia.

The yellow-breasted bunting was rated "extinguished" by the International Union for Conservation of Nature (IUCN) in 2017 and listed as a national top-level protected wildlife in China in 2021 to better cope with the sharp decrease of its population. 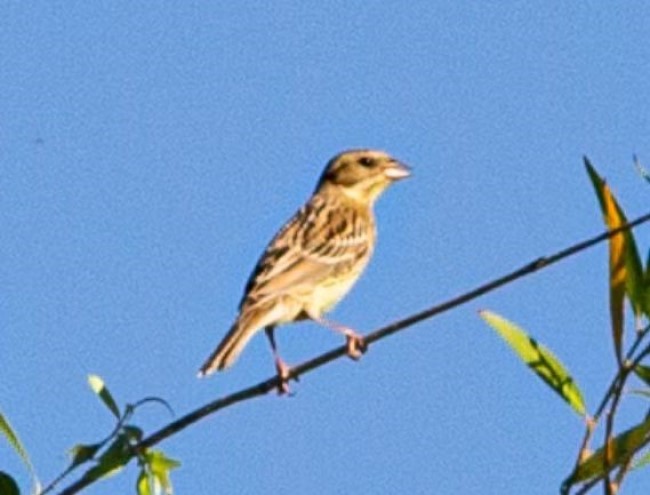 During the past few years, Daxing has built 523 hectares of wetland parks. A large number of plants ensure sufficient food for the birds.

At the same time, the district established conservation areas, and configured a series of facilities such as nest boxes, bird food tables, drinking troughs to create a better living space for the adorable creatures.